The Trucks Are Killing Us 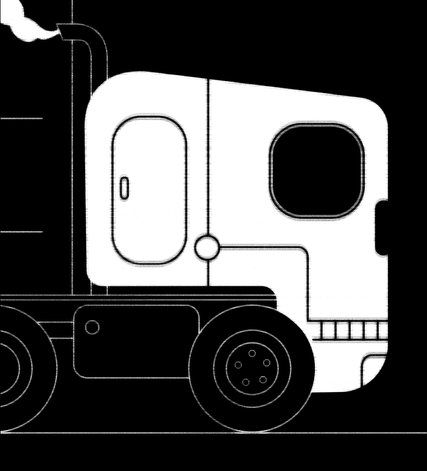 ACCIDENTS like the one that critically injured the comedian Tracy Morgan, killed his friend and fellow comedian James McNair, known as Jimmy Mack, and hurt eight others on the New Jersey Turnpike last year are going to continue to happen unless Congress stops coddling the trucking industry.

More people will be killed in traffic accidents involving large trucks this year than have died in all of the domestic commercial airline crashes over the past 45 years, if past trends hold true. And still Congress continues to do the trucking industry’s bidding by frustrating the very regulators the government has empowered to oversee motor carriers.

In recent months, Congress has pursued a number of steps to roll back safety improvements ordered by federal regulators. It has pushed to allow truck drivers to work 82 hours a week, up from the current 70 hours over eight days, by eliminating the requirement that drivers take a two-day rest break each week; discouraged the Federal Motor Carrier Safety Administration from investing in wireless technology designed to improve the monitoring of drivers and their vehicles; and signaled its willingness to allow longer and heavier trucks despite widespread public opposition. Congress also wants to lower the minimum age for drivers of large trucks that are allowed to travel from state to state to 18, from 21.

All of these concessions to the trucking industry have gained traction in Congress even though the industry has consistently resisted safety improvements. The death toll in truck-involved crashes rose 17 percent from 2009 to 2013. Fatalities in truck-involved crashes have risen four years in a row, reaching 3,964 in 2013, the latest data available. Those crashes are killing not only car drivers but also, during 2013 alone, 586 people who were truck drivers or passengers.

And while a more than 3 percent drop in car deaths over the same period was largely accomplished by technological improvements like airbags, electronic stability control and anti-lock brakes, the trucking industry has resisted most of those safety devices. The Centers for Disease Control and Prevention estimates the annual cost to the economy of truck and bus crashes to be $99 billion.

A number of changes that will inevitably make us all less safe are tucked into the pending highway bill, currently stalled because of differences between the House and Senate versions. In fact, Congress has failed to adopt a comprehensive highway funding bill for years, relying instead on dozens of temporary extensions since 2009 to keep any semblance of a federal road construction program moving. In July, the House and Senate passed another temporary patch, good through the end of October.

The crash involving Tracy Morgan shows why Congress needs to toughen its oversight of trucking, not loosen it. The driver who caused the crash was in a modern 18-wheeler that was well maintained and managed, owned and operated by Walmart. As detailed in the causation report on the crash released earlier this month, the National Transportation Safety Board found that the driver had been on duty for about 13 and a half hours; federal rules allow a 14-hour workday. About a mile before the crash, the driver ignored work-zone warning signs on the New Jersey Turnpike of likely delays ahead. About a half-mile later, the posted speed limit dropped to 45 m.p.h. from the usual 65, which the driver also ignored.

Mr. Morgan’s Mercedes van was moving at less than 10 m.p.h. because of the construction. The truck driver, fatigued and slow to react, according to the N.T.S.B., was unable to stop in time, and slammed into the van, turning it on its side and jamming the passenger door closed. According to the board, if the driver had slowed to 45 when warned to do so, he should have been able to stop before crashing. But before his official work day began, the driver, the board found, had spent 12 hours driving his own vehicle from his home in Georgia to pick up his truck at a Walmart facility in Delaware, and had been awake for 28 consecutive hours at the time of the crash.

Many accidents involve trucks rear-ending vehicles that have stopped or slowed because of accidents or roadwork. Technology to prevent or lessen the impact of such crashes is available from all of the manufacturers of heavy trucks in North America. Yet only about 3 percent of the Class 8 trucks — the heaviest ones, including most tractor-trailers — are equipped with any version of this collision-avoidance technology, according to safety advocates.

Most automakers now include or offer anti-lock brakes, electronic stability control, airbags and collision-avoidance devices in their vehicles, and the technology is included in many of the heavy trucks sold in Europe. But the United States trucking industry has largely avoided using the safety technologies available for vehicles sold here, because of their cost.

The truck that injured Mr. Morgan was one of the few tractor-trailers that had a collision-detection system. But the N.T.S.B. was unable to prove that the system issued a warning to the driver. The board said it could not fully assess the performance of the device because the unit does not store enough system performance data. (The board has suggested all safety-system makers should ensure that their products store more data in the future.)

The trucking industry, through its chief trade group, the American Trucking Associations, insists that it needs longer work weeks and bigger vehicles so that more trucks will not be needed on the road, which it says could result in more accidents. That logic is laughable, but Congress seems to be buying it.

The industry also bases its opposition to safety-rule changes on money, saying that increasing costs will hurt profits and raise rates for shippers and, ultimately, consumers.

Higher safety standards and shorter work weeks may increase freight costs, but some of those standards should save carriers money in the long run through lower insurance rates and damage claims. And since trucking generates more than $700 billion a year in revenue, according to the trucking association, a small increase in safety costs would not put a large financial strain on carriers.

The trucking industry is vital to the nation’s economic well-being — it carried almost 69 percent of all domestic freight last year — and its executives have done an excellent job in keeping costs down. But Congress must make it clear to all parties that safety has to be a higher priority than penny-pinching.

Congress must pass a comprehensive highway funding bill and ensure that safety regulators have sufficient resources and political support to do what must be done in order to reduce the continuing carnage on our highways.