Texting and Driving? Watch Out for the Textalyzer 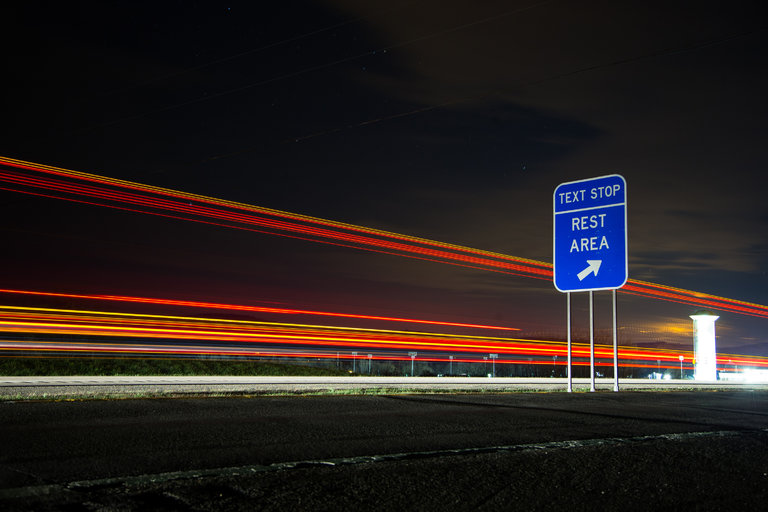 New York State highway signs mark areas for texting safely. There is growing concern that such efforts have not been effective at curbing texting behind the wheel.

Over the last seven years, most states have banned texting by drivers, and public service campaigns have tried an array of tactics — “It can wait,” among them — to persuade people to put down their phones when they are behind the wheel.

Yet the problem, by just about any measure, appears to be getting worse. Americans confess in surveys that they are still texting while driving, as well as using Facebook and Snapchat and taking selfies. Road fatalities, which had fallen for years, are now rising sharply, up roughly 8 percent in 2015 over the previous year, according to preliminary estimates.

That is partly because people are driving more, but Mark Rosekind, the chief of the National Highway Traffic Safety Administration, said distracted driving was “only increasing, unfortunately.”

So to try to change a distinctly modern behavior, legislators and public health experts are reaching back to an old strategy: They want to treat distracted driving like drunken driving.

Harvard’s School of Public Health, for example, is developing a new push based on the effective designated driver campaign it orchestrated in the United States beginning in the late 1980s. Candace Lightner, the founder of Mothers Against Drunk Driving, has helped found a new group this year, Partnership for Distraction-Free Driving, which is circulating a petition to pressure social media companies like Facebook and Twitter to discourage multitasking by drivers, in the same way that Ms. Lightner pushed beer and liquor companies to discourage drunken driving.

The most provocative idea, from lawmakers in New York, is to give police officers a new device that is the digital equivalent of the Breathalyzer — a roadside test called the Textalyzer.

It would work like this: An officer arriving at the scene of a crash could ask for the phones of any drivers involved and use the Textalyzer to tap into the operating system to check for recent activity.

The technology could determine whether a driver had used the phone to text, email or do anything else that is forbidden under New York’s hands-free driving laws, which prohibit drivers from holding phones to their ear. Failure to hand over a phone could lead to the suspension of a driver’s license, similar to the consequences for refusing a Breathalyzer.
Photo
A police officer uses a prototype of a Textalyzer to check for texting activity on a phone. A proposed law in New York would allow police to use the technology in much the same way they use a Breathalyzer. Credit Cellebrite

The proposed legislation faces hurdles to becoming a law, including privacy concerns. But Félix W. Ortiz, a Democratic assemblyman who was a sponsor of the bipartisan Textalyzer bill, said it would not give the police access to the contents of any emails or texts. It would simply give them a way to catch multitasking drivers, he said.

“We need something on the books where people’s behavior can change,” said Mr. Ortiz, who pushed for the state’s 2001 ban on hand-held devices by drivers. If the Textalyzer bill becomes law, he said, “people are going to be more afraid to put their hands on the cellphone.”

If it were to pass in New York, the first state to propose such an idea, it could well spread in the same way that the hands-free rules did after New York adopted them.

Ms. Lightner said the intensifying efforts around distracted driving “are the equivalent of the early ’80s” in drunken driving, when pressure led to tougher laws and campaigns emphasizing corporate responsibility.

Distracted driving “is not being treated as seriously as drunk driving, and it needs to be,” she said.

The safety administration plans to release the final fatality numbers as early as Thursday but previously announced that the numbers appeared to be up sharply.

Jay Winsten, an associate dean and the director of the Center for Health Communication at Harvard’s School of Public Health, said, “We’re losing the battle against distracted driving.”

Dr. Winsten is developing a distracted-driving campaign based on designated-driver efforts that were ultimately backed by major television networks and promoted by presidents, sports leagues and corporations.

He said the new campaign would urge drivers to be more attentive, rather than scold them for multitasking, and would encourage parents to set a better example for their children.