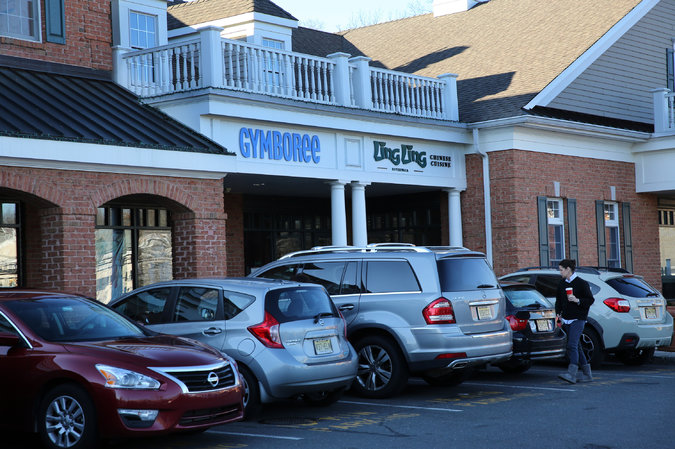 In one vehicle there were 13 immigrant workers, men and women commuting home in a van after a long Saturday shift at a Chinese restaurant. In another was a young data analyst heading home after mentoring a teenager. And in another, two farmers hauling a truckload of Kentucky cattle back to Maine.

Under normal circumstances they may have never crossed paths, but last weekend they did in the most terrible of ways when the three vehicles crashed on the side of an Interstate highway in New Jersey. The episode ended three lives but ruptured far more, laying bare on the side of the road starkly different worlds that for some that night changed forever.

“It all happened too fast; I don’t know what happened,” said Tao Qing Wu, one of the restaurant workers who was traveling in a passenger van on Interstate 287 when it crashed into a car and a cattle trailer stalled in the northbound shoulder in Bernards Township, N.J., according to the State Police. “I just feel so much pain.” 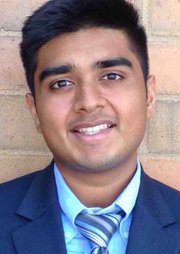 Mr. Wu spoke this week from his hospital bed at Morristown Medical Center, in Morristown, N.J., after undergoing surgery to repair a broken right leg. His right arm was bound in a cast, and his swollen face contorted with pain as he tried to feed himself soup. He had not yet been told of the deaths of two of his co-workers, whom the authorities identified as Jose Gustavo Cruz Cardona, 55, and Jiang Hua Lu, 57.
“I’m so seriously injured,” Mr. Wu said, “so I don’t know how other co-workers are doing.”

Mr. Wu said he had worked for about 11 years at Ling Ling Riverwalk, a homey sit-down Chinese restaurant in a small shopping complex in Basking Ridge, N.J., where an oversize stuffed version of Ling Ling, the panda given to America by the Chinese government in the 1970s, sits sentry by the door. Nearby are framed newspaper reviews extolling the 13-year-old restaurant’s fare.

On the night of the crash, Mr. Wu and his colleagues piled into the worn Ford van owned by the restaurant as they always did to make the short trip to a tattered house in nearby Morristown that served as living quarters for the restaurant’s workers.

They are part of the small army of people who chop vegetables, bus tables and handle woks around the New York City area but live far from the Chinese restaurants where they work. Mr. Wu sometimes travels to Coney Island to be with his wife and children because he works six days a week at the restaurant, where he said he was paid $1,200 a month to be a line cook. But on Nov. 28, most of Ling Ling’s staff — 11 men and two women — never made it to Morristown.

It began with three Kentucky-bred bulls and a broken axle. Troy L. Chase, a farmer who lives in Pittston, Me., and works occasionally as a truck driver, was hauling three newly bought brown and white Chianina calves from a farm in Kentucky to his barn in Pittston in a trailer hitched to his 2003 Dodge Ram pickup truck. The truck began to have trouble, according to a timeline provided by the State Police as well as a report about the farmer on the news site CentralMaine.com.

Mr. Chase, who declined to comment this week, pulled over onto the shoulder. With a passenger, identified by the website as Peter Poland, he began to repair what turned out to be a broken axle, when the trailer was struck from behind by a car driven by Ravi Naik, a 23-year-old data analyst from Hillsborough, N.J. The crash knocked the trailer with the calves onto its side, Mr. Chase told CentralMaine.com. One calf, it was later discovered, had been killed.

Mr. Naik was on his way home to Hillsborough around 10:30 p.m. from mentoring a teenager, his cousin Neel Naik said, and stopped his Hyundai Elantra beside the trailer after the crash. Moments later, the van full of restaurant workers drifted across lanes and crashed into the stopped vehicles, the State Police said. Mr. Naik, who was standing outside his car, was killed.

The driver was Xu Feng Ma, a longtime worker at Ling Ling. Mr. Ma and his wife, Kathy, are Chinese immigrants who recently became owners of the restaurant, having bought the business in installments over time, said his cousin, Lucy Ma, a certified public accountant, whose husband, Walter Cheng, was an owner of Ling Ling. (Mr. Cheng has stayed on during the ownership transition, she said.)

“They had the American dream, and they are working hard,” Ms. Ma said. “Now I think they don’t think they can, still.” 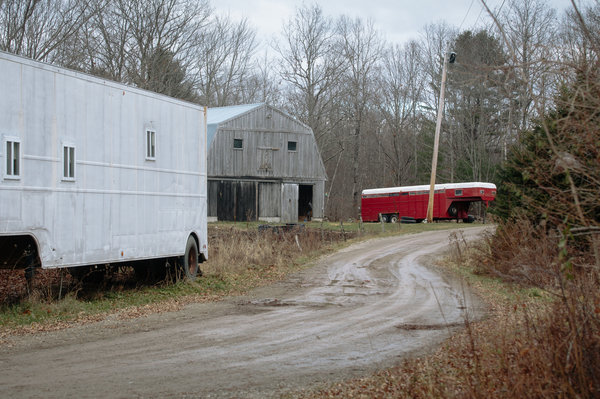 The address listed for Troy Chase, 43, a trucker from Pittston, Me., who was involved in the crash. Credit Tristan Spinski for The New York Times

Ling Ling was closed for several days after the crash; a note posted on its glass doors asked for prayers. It opened again on Thursday, a necessity, Ms. Ma said, to pay its workers and bills.

The address listed for Troy Chase, 43, a trucker from Pittston, Me., who was involved in the crash. Credit Tristan Spinski for The New York Times

Ms. Ma disputes the police account of the accident. She said her cousin, who suffered injuries to his face, including several broken teeth, believes the van may have been hit from behind by another car.

Sgt. Jeff Flynn, a spokesman for the State Police, said there was no indication this had happened, but Sergeant Flynn added that an investigation was continuing and that no charges had been filed.

Mr. Ma could not be reached for comment this week because he was in the hospital.

After learning of the crash, Ms. Ma and her husband raced among the hospitals where the injured were taken, some by helicopter, including Robert Wood Johnson University Hospital in Somerville, N.J., and the medical center in Morristown, checking on the workers and acting as translators for several who spoke only Chinese. Most of the workers, who ranged in age from 18 to 64, have been released from the hospital.

But that night, two workers — Mr. Cardona and Mr. Lu — were not among them.

“We had been driving to four different hospitals,” Ms. Ma said. “We were going nuts.”

At 7:30 a.m. the next day, she said, she discovered why they could not be found: They had died on the side of the road.

On Wednesday, a funeral was held for Mr. Naik, a devotee of the Hindu philosophy of Swadhyay Pariwar, Neel Naik said.

Mr. Naik, whose family is from India, studied statistics and economics at Rutgers University and was a passionate fan of the Dallas Cowboys, his cousin said. During a get-together with friends the weekend he died, he left early despite their protests because he had promised to tutor a younger sister in calculus. His body was cremated, in accordance with his beliefs.

“It just hurts to see your best friend and brother go, and he had so much going for him,” Mr. Naik said. “At the same time our Indian spiritual belief is that his soul will always move forward in terms of spiritual progress and he will be reincarnated into something that will help him grow.”

Others had no such solace.

In the strip mall that houses Ling Ling, a Chinese man who works at a nail salon a few doors down stood in the parking lot a few days after the crash, dialing and redialing a number on his cellphone. One of his friends had worked at the restaurant, said the man, who declined to give his name or that of his friend. He had not heard from him since.