Why the delay on legal weed? Murphy and Sweeney point fingers on final support 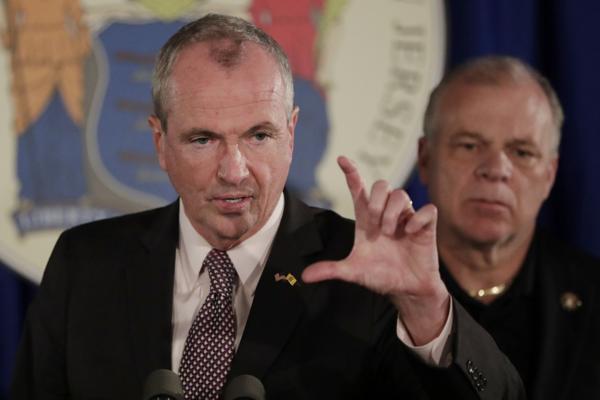 It’s mid-October, and one of the priorities since January for Gov. Phil Murphy and state Senate President Stephen Sweeney — passing a law legalizing marijuana use for people 21 and older in New Jersey — is still the subject of painstaking private negotiations.

This week, Sweeney, D-Gloucester, and Murphy, a fellow Democrat, engaged in some trans-Atlantic finger-pointing over who is responsible for the delay.

Sweeney told NJ Advance Media he still does not have the necessary 21 votes to pass the legislation in the 40-member Senate, and some of the holdouts are members of his own party.

“The governor needs to help. It’s time for him to try pushing votes, too,” Sweeney said. “He has influence over a handful of senators who are strongly opposing this at this point.”

Asked to respond to Sweeney’s remarks during a trade mission to Germany on Friday, Murphy replied that he was waiting on Sweeney for some direction.

“He and I had a very good conversation on this a week — eight days ago — and he said ‘I need you to help me whip some votes, we’re not there yet.’ And I said, ‘You give me the list and I’m all in,'” Murphy said.

“I’ve not gotten any list, but I’m really happy to do that,” the governor said. “We are basically two guys who share a common objective trying to get it over the goal line.”

Sweeney said he told the governor who he thought the no-votes were.

Sweeney also acknowledged part of the problem is there are two unresolved issues with the legislation, sponsored by Sen. Nicholas Scutari, D-Union, and he’s loathe to move ahead with hearings until a compromise is reached with the Murphy administration. He declined to discuss the sticking points.

But three sources who are familiar with the negotiations said Sweeney will not agree to set a sales tax rate higher than 12 percent to encourage people to stop buying marijuana illegally. Murphy wants a higher tax rate, but he has not publicly said what he is willing to accept.

The two sides also differ on the level of power that would be given to a newly created cannabis commission to control the issuance of licenses and other aspects of the new industry, the sources said.

Sweeney said he remains optimistic the negotiations will happen.

“If all three branches of government (administration, the Senate and the Assembly) weigh in, we will get the votes.”