School bus knocks stuffing out of turkey during Vineland crash 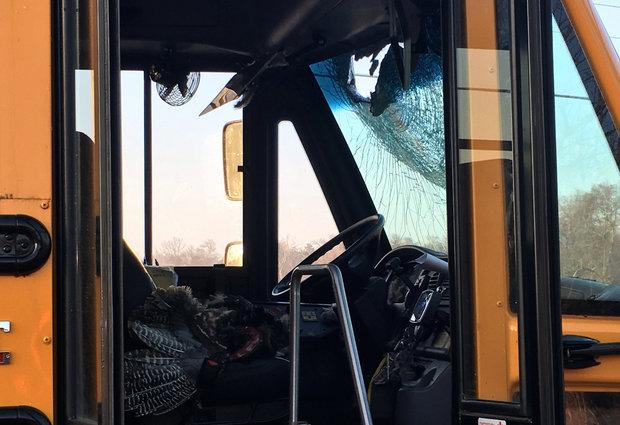 St. Joseph’s High School student Nino Romano submitted this photo of the result of a turkey flying into a bus windshield in Vineland on Monday, March 7, 2016. (Submitted photo)

VINELAND — A bus ride to school was cut short after a turkey flew in front of the vehicle and into the windshield.

There were no serious injuries in the school bus accident except for the turkey, which was killed on impact, according to Vineland Police Department.

The bus, owned by Sheppard Bus Service, was traveling west on Landis Avenue on Monday at 7:13 a.m.

The bus was transporting students to St. Joseph High School in Hammonton, according to Principal Lynn Domenico. 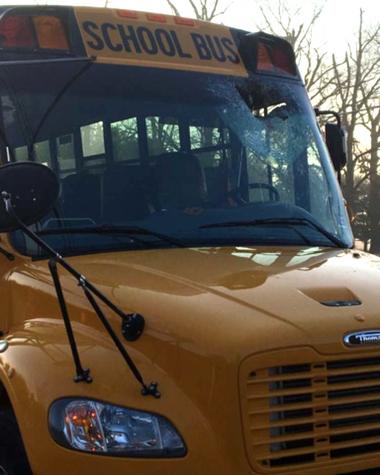 This photo from St. Joseph’s High School student Hakim Abdus-Salaam shows the aftermath of a turkey flying into the windshield of a school bus in Vineland on Monday, March 7, 2016. (Submitted photo)

“It was very frightening to our students and many of them were shaken up,” Domenico said. “A lot of them were nauseous.”

The turkey flew in front of the bus and into the windshield, where it punctured the glass, struck the face of the 55-year-old bus driver and landed in her lap.

Pieces of the turkey also landed on one of the passengers, police said.

The bus driver was treated by Vineland EMS at the scene but refused transportation to the hospital and the students were taken to school by another bus.

Domenico thanks the bus company for getting the students to school and to the parents of the students for being understanding.