Trooper accused of DWI: ‘Where we going with this?’ Internal police car video obtained through a records request shows interactions between Sgt. Michael Roadside, a state trooper accused of driving drunk on duty, and the troopers responding to the scene of his October 2015 accident. This video has been edited and condensed.

WALL TOWNSHIP — A veteran state trooper on Tuesday admitted he was drunk on the job when he rear-ended another driver at a parkway rest stop in October.

Sgt. First Class Michael Roadside pleaded guilty to a single charge of drunken driving during an appearance in Wall Township municipal court. Additional charges of careless driving and having an open container of alcohol were dismissed under a plea deal.

Roadside, 51, said little during his court appearance, but told Judge Joseph Defino he had “approximately nine beers” prior to the Oct. 26 fender bender, which happened at the Monmouth service area on the Garden State Parkway.

Roadside’s attorney, Robert Ebberup, said his client was a 29-year veteran of the force with a relatively clean driving record, and was accepting full responsibility for his actions.

“He has had no problems during his service for the State Police,” Ebberup said. “This is the first time anything like this has happened.” 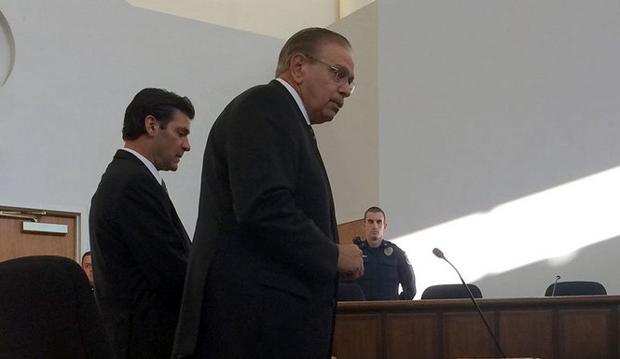 Roadside had been working a construction detail before he rear-ended a white Audi in his marked cruiser in the Monmouth service area on the Garden State Parkway in Wall Township around 2 p.m. that day, police said.

“I’m not drunk,” he told on trooper who arrived in response to a 911 call made by the driver of the Audi, Lincroft resident Kimberly Wilson.

Wilson told police that Roadside was visibly drunk, his uniform shirt was on inside out and he had offered to write her a check for $1,000 if she didn’t report the accident. When she asked if he was a police officer, she wrote in a witness statement, he opened his shirt to show her his service weapon and a loaded magazine and beer bottle cap fell out.

Roadside initially blamed his behavior on a recent surgery, saying he’d “just got out of the hospital.” He also told police that Wilson stopped short, causing him to rear-end her.

But Wilson told police she was sitting at a stop sign when Roadside’s troop car collided with her vehicle.

Trooper is suspended without pay after fender-bender. Police found his blood-alcohol content was twice the legal limit.

“I’m scared,” she told a 911 operator, claiming he was acting erratically.

A video from inside one of the police vehicles shows Roadside was disoriented and told troopers several time that he wanted to go home to Cinnaminson. After he was placed in the back of the cruiser, a trooper asked him if he could search his cruiser to find his license and paperwork for Roadside’s marked troop car.

“Where we going with this?” Roadside asked the trooper.

Later, when the trooper told him a breath test showed his blood alcohol level was twice the legal limit, Roadside allegedly told him, “I’ve been way more drunk than that.”

Ebberup said in court that Roadside was admitted to an in-patient treatment facility for alcohol abuse the day of the accident, and had since enrolled in an Alcoholics Anonymous program.

“My client is standing before you accepting responsibility for what has taken place,” he told the judge, adding that Roadside offered apologies to Wilson for the incident.

Ebberup said Roadside was “a cancer patient” who had recently undergone surgery and had suffered a “medical setback” the day before the accident.

“The entire process of going through cancer treatment and surgery was very stressful to my client and when he suffered that setback, it just multiplied the stresses,” Ebberup said, adding that it was “no excuse” for his client’s actions.

Municipal Prosecutor Steven Zabarsky said that as a member of the State Police, “more than the average person, the sergeant fully knows the consequences of drinking and driving.”

Roadside had been assigned to a Statehouse security unit, which provides security at the Capitol Complex in Trenton. He made an annual salary of $110,423, according to state payroll data. The October crash was Roadside’s first DWI incident.

Judge Defino, citing Roadside’s official motor vehicle record, said the trooper had been involved in a “series” of on-duty accidents but had relatively few violations.

He said Roadside’s actions at the rest stop “undermine the confidence of the public in our public safety officials” and “never should have occurred and should not be tolerated.”

But, citing Roadside’s relatively clean record, the fact that he accepted responsibility for the crash and that he was experiencing a “medical crisis” prior to the incident, the judge opted not to impose jail time.

Roadside was ordered to pay a $386 fine and fulfill 12 hours at a resource center for intoxicated drivers. He also surrendered his license in court on Tuesday as part of a seven-month suspension.

Drunken driving is a motor vehicle offense in New Jersey and is not considered a criminal matter. A spokesman for the state Attorney General’s Office Division of Criminal Justice, which has in the past investigated alleged State Police misconduct, declined to comment on whether they are considering additional charges.

After the hearing, Roadside and his attorney declined to comment, citing a possible civil suit. Zabarsky said Tuesday that Wilson had retained an attorney. 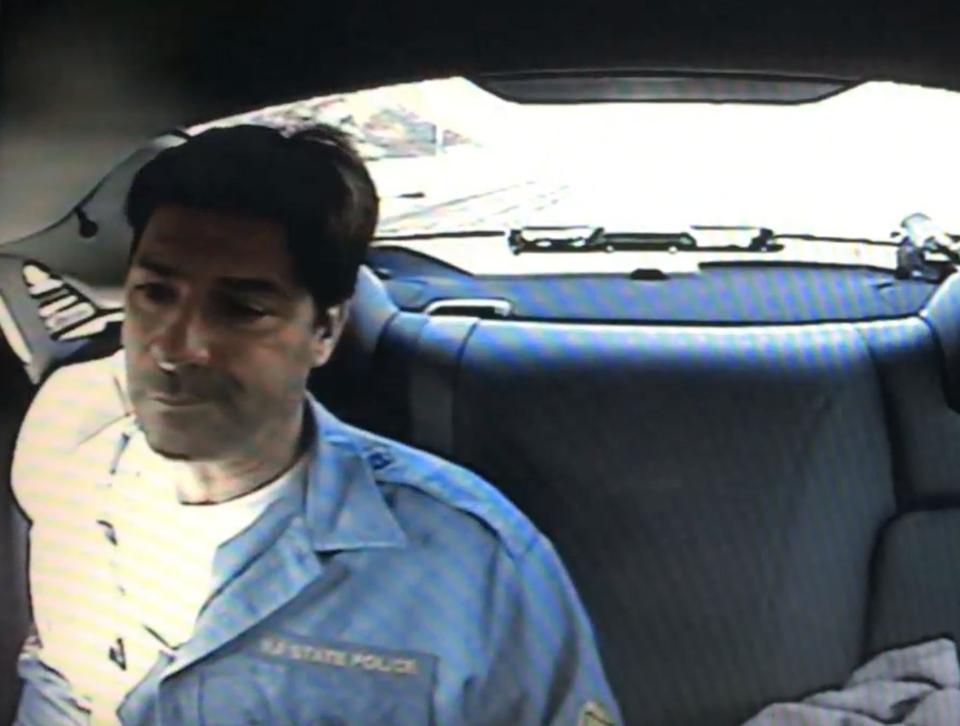