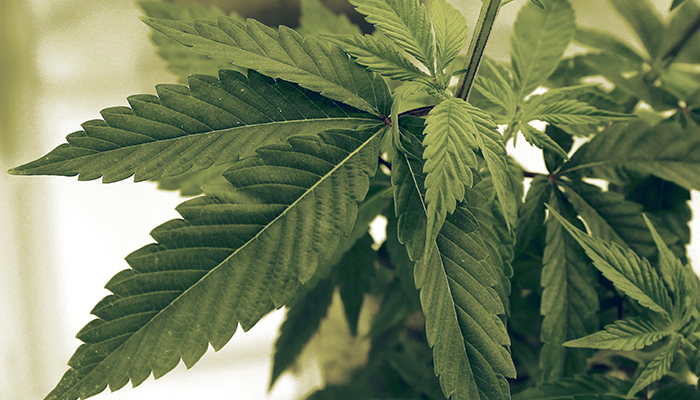 One of the more recent changes, agreed to this weekend, offers a path for those incarcerated or facing fines for cannabis-related charges to have those charges vacated. | AP Photo

TRENTON — After six hours of delays and hand-wringing, committees in both houses of the state Legislature on Monday advanced bills to legalize recreational cannabis and clear the records of those with marijuana-related convictions, setting up possible floor votes for next week.

The delay prompted the Senate Judiciary Committee to nix the public’s ability to comment on the bill, much to the ire of advocates, opponents and Republican members of the committee. The Appropriations Committee, meanwhile, limited each speaker’s testimony to just three minutes and only to the fiscal impact and new amendments. That decision, along with the delay, had the effect of reducing the number of speakers to around a half dozen.

What followed was a pair of highly contentious hearings in which the outcome was never in doubt. Democrats on both committees were able to advance the bills over occasionally colorful Republican opposition and the reservations of some of the more moderate members of their caucus.

Convincing some moderates to support a final vote will be a tall order for Gov. Phil Murphy, Senate President Steve Sweeney (D-Gloucester) and Assembly Speaker Craig Coughlin (D-Middlesex), each of whom has said they’d like to see a vote on the entire bill package on March 25.

Murphy, Sweeney and Coughlin, all of whom support legalization, are each having conversations with lawmakers and advocates in advance of next week’s scheduled vote. The recreational use bill still doesn’t have enough support in either house to pass.

The governor has made “dozens” of calls in an effort to rally support, a senior administration official said. In statements in advance of and after Monday’s hearings, Sweeney and Coughlin both said they were also moving to corral support of the measure.

“This bill has extensive hearings — hours of hearings — we just happen to be in the home stretch,” Burzichelli said during the appropriations hearing. “Believe me, this vote will be a very interesting vote.”

Sens. Nellie Pou (D-Passaic) and Bob Smith (D-Middlesex), both of whom sat on the Judiciary proceedings, said they still have significant questions and concerns about the recreational use legislation. Smith told the committee this will be one of his “toughest votes.”

After the Senate committee adjourned, a legislative staffer sat with Pou to explain the intricacies of new expungement provisions that would enable low-level marijuana distributors to have felonies cleared from their records.

The recent changes to the expungement provisions — which will allow those who have felony convictions for distributing as much as five pounds of cannabis to clear their records — sparked a furor from Republicans on the Senate committee, many of whom were already opposed to legalization.

Sen. Michael Doherty (R-Warren) equated the legislation to a “deal with the devil,” claiming it marked New Jersey’s decent into a violent, pornographic nightmare worthy of a Bosch painting. Sen. Gerald Cardinale (R-Bergen) said the expungement provisions would function as a reward for bad behavior, slapping a nickname on the bill that could’ve been coined by George Costanza.

Sen. Nicholas Scutari (D-Union), the bill’s lead sponsor and chairman of the Judiciary Committee, conceded that five pounds “sounds like a lot — and you’re probably right. In some circumstances, it’s an extraordinary amount.” But, he said, the language reflects an existing statute that prosecutes quantities from one ounce to five pounds as a third-degree distribution charge, making it difficult to to set a moderate threshold.

The debate’s tenor got even flintier later in the evening.

After Sen. Christopher “Kip” Bateman (R-Somerset) and Cardinale voiced concerns about the possible effects of legalization on impaired driving and public safety, Scutari demanded to know why New Jersey allows bars to have parking lots — even though drinking and driving is illegal.

“It’s just nuts that we’re not realizing that people are not going to stop using marijuana,” Scutari said.

Other amendments matched the agreement reached by Murphy, Sweeney and Coughlin earlier this month. The legislation sets a $42 per ounce tax on cannabis cultivators, frames a new structure of a regulatory body to govern the cannabis industry and establishes new processes relating to the expungement of marijuana convictions.

In addition, the bill caps the number of grow facilities in the state at 28 in the first 18 months after legalization, downgrades marijuana to a Schedule II substance per New Jersey’s controlled dangerous substance regulations and require child-proof packaging for certain cannabis products.

One of the more recent changes, agreed to this weekend, offers a path for those incarcerated or facing fines for cannabis-related charges to have those charges vacated.

The late changes to the the recreational use bill contributed to Monday’s delays, which resulted in only one speaker — Newark Mayor Ras Baraka, who criticized the measure for failing to go far enough to clear the records of those with cannabis-related convictions.

“There should be no onus put on the individual at all — to go through any process — to get this done,” Baraka told the Assembly Appropriations Committee. “We have been told that it’s difficult, and that this can’t be done in the state of New Jersey — that there’s all kinds of convoluted reasons why this is impossible. Nobody’s explained to us why it’s impossible.”

Ryan Hutchins contributed to this report.