It’s No Accident: Advocates Want to Speak of Car ‘Crashes’ Instead 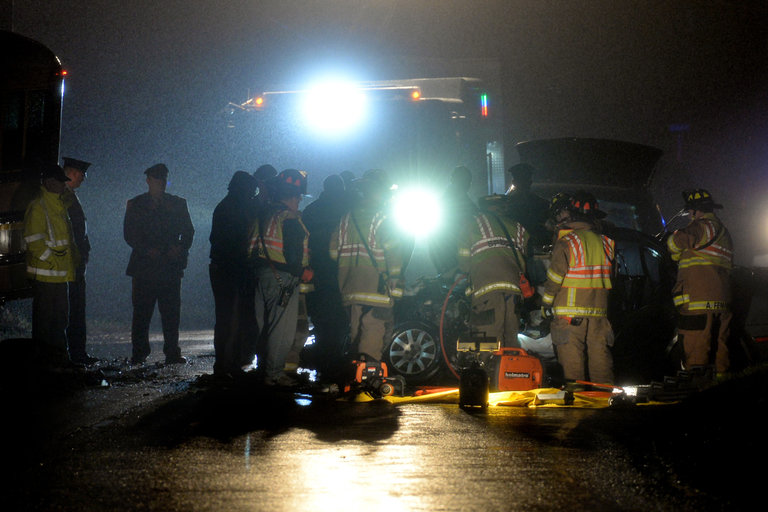 The scene of a crash in Southampton, N.J., in December. A growing number of safety advocates are campaigning to change a 100-year-old mentality that they say trivializes the single most common cause of traffic incidents: human error.

Roadway fatalities are soaring at a rate not seen in 50 years, resulting from crashes, collisions and other incidents caused by drivers.

That is the position of a growing number of safety advocates, including grass-roots groups, federal officials and state and local leaders across the country. They are campaigning to change a 100-year-old mentality that they say trivializes the single most common cause of traffic incidents: human error.

“When you use the word ‘accident,’ it’s like, ‘God made it happen,’ ” Mark Rosekind, the head of the National Highway Traffic Safety Administration, said at a driver safety conference this month at the Harvard School of Public Health.

“In our society,” he added, “language can be everything.”

Almost all crashes stem from driver behavior like drinking, distracted driving and other risky activity. About 6 percent are caused by vehicle malfunctions, weather and other factors.

Preliminary estimates by the nonprofit National Safety Council show deadly crashes rose by nearly 8 percent in 2015 over the previous year, killing about 38,000 people.

Dr. Rosekind has added his voice to a growing chorus of advocates who say that the persistence of crashes — driving is the most dangerous activity for most people — can be explained in part by widespread apathy toward the issue.

Changing semantics is meant to shake people, particularly policy makers, out of the implicit nobody’s-fault attitude that the word “accident” conveys, they said.

On Jan. 1, the state of Nevada enacted a law, passed almost unanimously in the Legislature, to change “accident” to “crash” in dozens of instances where the word is mentioned in state laws, like those covering police and insurance reports.

New York City adopted a policy in 2014 to reduce fatalities that states the city “must no longer regard traffic crashes as mere ‘accidents,’ ” and other cities, including San Francisco, have taken the same step.

At least 28 state departments of transportation have moved away from the term “accident” when referring to roadway incidents, according to Jeff Larason, director of highway safety for Massachusetts. The traffic safety administration changed its own policy in 1997, but has recently become more vocal about the issue.

Mr. Larason, a former television traffic reporter, started a blog called “Drop The A Word” and has led a campaign to get major media outlets to stop using the term. Last year, he enlisted supporters to join with grass-roots groups in urging The Associated Press to clarify how reporters should use the word “accident.”

In April, The A.P. announced a new policy. When negligence is claimed or proven in a crash, the new entry reads, reporters should “avoid accident, which can be read by some as a term exonerating the person responsible.” (The New York Times’s style guide does not take any position on the terminology.)

But use of “accident” has its defenders, as Mr. Larason discovered in 2014 when he posted his thoughts on the word in a Facebook group popular among traffic reporters.

“Why can’t human error be an accident even if the error is preventable,” one person wrote. “What is being solved by having this debate? What injustice are we correcting?”

And when Mr. Larason suggested to officials at the Virginia Department of Transportation that they stop using “accident,” he received a note saying that drivers are familiar and comfortable with the word. Virginia officials also wrote that drivers might not consider a minor incident to be a “crash,” and so the change could be confusing.

Mr. Larason counters that accident is simply the wrong word. “I’m betting it’s one of the most commonly used words that is used inappropriately,” he said.

On Facebook, he posted a Merriam-Webster definition that describes accident as “an unexpected happening” that “is not due to any fault or misconduct on the part of the person injured.” 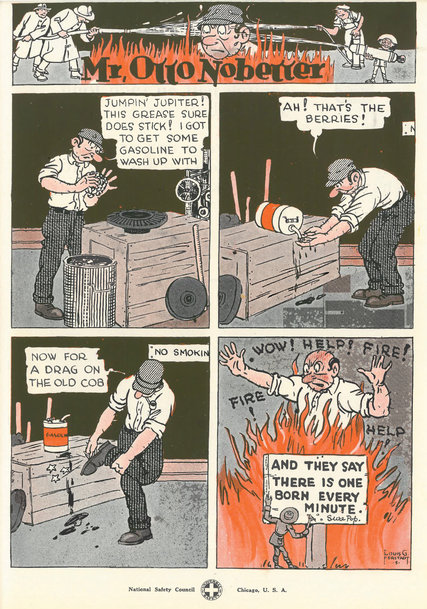 A cartoon character — the foolish Otto Nobetter — was developed to warn workers about the risks of inattention.

The word was introduced into the lexicon of manufacturing and other industries in the early 1900s, when companies were looking to protect themselves from the costs of caring for workers who were injured on the job, according to Peter Norton, a historian and associate professor at the University of Virginia’s department of engineering.

The business community even developed a cartoon character — the foolish Otto Nobetter, who suffered frequent accidents that left him maimed, immolated, crushed, and even blown up. The character was meant to warn workers about the risks of inattention.

When traffic deaths spiked in the 1920s, a consortium of auto-industry interests, including insurers, borrowed the word to shift the focus away from the cars themselves. “Automakers were very interested in blaming reckless drivers,” Dr. Norton said.

But over time, he said, the word has come to exonerate the driver, too, with “accident” seeming like a lightning strike, beyond anyone’s control. The word accident, he added, is seen by its critics as having “normalized mass death in this country,” whereas “the word ‘crash’ is a resurrection of the enormity of this catastrophe.”

When New York City changed its policy in 2014, it did so partly in response to such grass-roots efforts, including from a group called Families for Safe Streets. The group is led by parents like Amy Cohen, whose son, Sammy, was run over and killed in Brooklyn in 2013.

She helped start a campaign called “Crash Not Accident,” and said that the drivers in deadly wrecks should not be given the presumption of innocence just because they have lived to tell their side of the story.

“Whose story do you have at the time of the crash? The driver! The victim is dead,” Ms. Cohen said. “The presumption should be to call it a crash, which is a neutral term.”