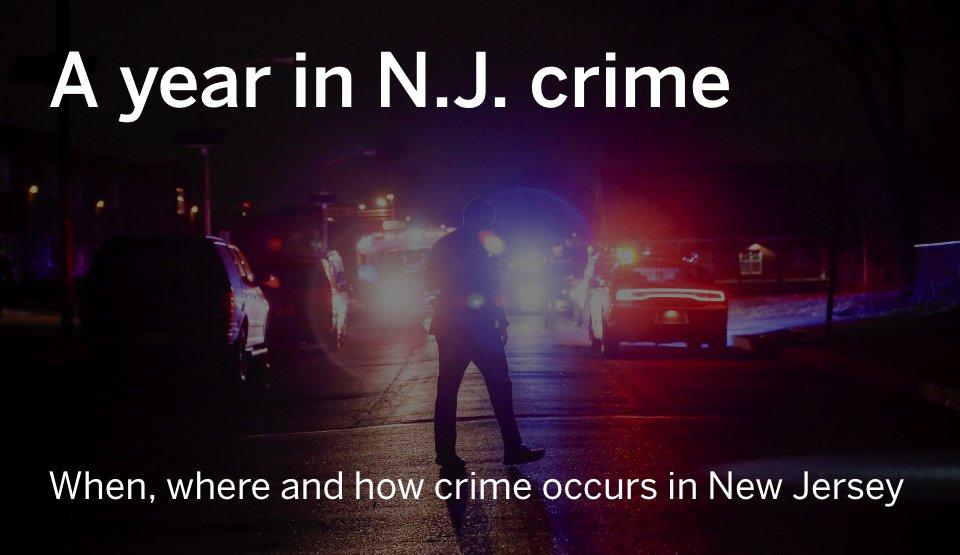 Emergency responders and emergency rooms all over New Jersey were busy this holiday weekend following a spate of shootings, car crashes, falls and people being hit by vehicles.

At least 13 people were killed from Friday night through Monday and dozens of others hurt in incidents ranging from a plane crash to a drowning to a cowboy trampled by horses at a rodeo.

The first death of the weekend took place Friday night on the New Jersey/New York border when the pilot of a vintage plane crashed into the Hudson River. The 56-year-old Key West, Fla., man was in town to take part in an air show.

That same night, a man died in a Belleville car crash. No charges had been filed as of Tuesday.

The next night, a 19-year-old cowboy from Pennsylvania died after being stepped on several times by a horse at Cowtown Rodeo in Pilesgrove.

Also Saturday evening, a 48-year-old Wallington firefighter riding his motorcycle along the Garden State Parkway in Ocean County was killed in a crash with an allegedly drunk 17-year-old driving a van.

In Newark, a 47-year-old gas station owner was shot and killed on Sunday afternoon. A day earlier, a woman in her 60s was hit by a New Jersey Transit bus while crossing a city street. She’s in critical condition.

Camden didn’t escape the weekend fatality-free as a 28-year-old city man was gunned down Saturday afternoon. It was the 22nd homicide in Camden this year.

Then on Monday morning, a man was found dead in a Maplewood intersection.

Two people were killed on the roads in Atlantic County. Authorities are seeking the driver who hit and killed a 26-year-old man early Saturday morning in Absecon before fleeing.

A few hours later in Folsom, a 54-year-old bicyclist was struck and killed when he entered an intersection against the traffic light and was hit by a vehicle. The driver stopped in that incident.

On Sunday night, a 22-year-old Ewing woman was charged with vehicular homicide for allegedly striking and killing an 86-year-old man as he crossed the street in Fort Lee.

Also Sunday night, a 58-year-old man driving a 2003 Toyota Tacoma died when the vehicle veered off the road in West Milford, went down an embankment and eventually stuck a tree, according to police.

A 101-year-old World War II veteran died from his injuries Tuesday from a car crash over the weekend, reports say. John Walton crashed his car into a Paterson firehouse, NorthJersey.com reports.

Another fatal accident was reported in Mount Laurel on Sunday at 3:17 p.m., according to local police. The head-on collision happened at the intersection of South Church and Cobblestone streets.

One person was killed, Mount Laurel police said. No further information was made available.

In Salem County, an 87-year-old Baltimore woman died after an accident on Route 40 Sunday morning.

The final death of the weekend happened Monday night in Sussex County when a 20-year-old Newton man drowned in Heater’s Pond in Ogdensburg.

A number of others are lucky to still be alive.

Much further south in Wildwood Crest, a 34-year-old Fair Lawn man allegedly received an electrical shock while swimming in a motel pool around 8:30 p.m. Saturday remained in critical condition.

Cops in Trenton and Jersey City were particularly busy, though all of the shootings proved to be non-fatal. Eight people were injured in two separate shootings early Sunday in the capital city.

About 60 miles to the north, the gun violence was spread over several days. A 20-year-old man was shot in the leg Friday night and a 15-year-old was shot in the thigh on Sunday. A third male, 16, shot himself in the leg early Sunday morning after firing shots near a bar.

On Monday morning, two cars were struck by bullets, though no one was hit.

A 34-year-old man was shot in the back Friday night in Orange, but his injuries are not life-threatening.

There were also two wild police chases over the weekend, one in Passaic County, the other in Burlington.

In the first, a 27-year-old man faces charges of eluding and aggravated assault on a police officer following a high-speed pursuit through Paterson and Clifton. An officer suffered a head injury after his patrol car collided with the suspect’s vehicle on Sunday night.

A chase that began in Philadelphia ended in Palmyra Friday evening after a 23-year-old robbery suspect rammed his car into a police car.

Meanwhile, a woman attending a class reunion at Princeton University was sexually assaulted in a campus residence hall Sunday morning.

The work of police might have prevented as many as five other deaths this weekend. Phillipsburg cops gave antidotes to four people who overdosed on the same batch of heroin on Friday and Saturday. And Port Authority police rescued a man who appeared poised to jump off the George Washington Bridge on Saturday afternoon.

In another incident that could have ended much worse, no one was hurt when a fire swept through a seafood shop in the Belford section of Middletown on Friday evening. Though the second floor of the building was heavily damaged, it opened for business the following day.

Then, on Monday afternoon, rescue workers came to the aid of a 17-year-old Elmwood Park boy who fell onto rocks next to a waterfall in Palisades Interstate Park. A hiker in Hunterdon County was also seriously hurt after falling 25 feet down a cliff at George Washington Overlook Park in West Amwell.