Bill would allow legalized marijuana, but only if voters give their blessing 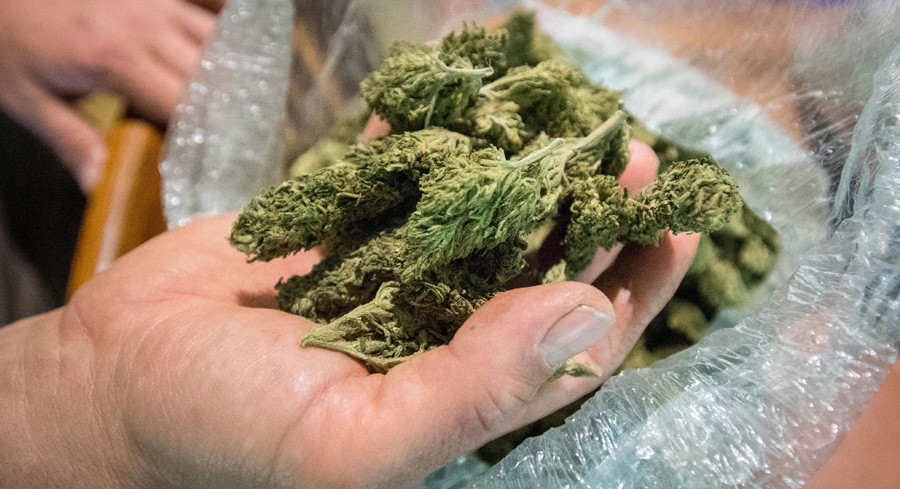 If the referendum is approved, in addition to legalizing up to one ounce of marijuana, possession of more than one ounce but less than 50 grams would be downgraded from a criminal offense to a $50 fine. | Getty Images

A bipartisan bill introduced this week would allow for possession of small amounts of marijuana — but only if voters approve a referendum on legalization.

Assemblywoman Holly Schepisi (R-Bergen) proposed the bill, NJ A5138, which would ask voters whether they want to legalize recreational marijuana and possession of up to one ounce.

Schepisi, who introduced the bill on Monday, is not an advocate for legalization. In fact, she said, if the question ever gets onto the ballot, she would probably vote against.

“I am not yet sold on the efficacy of actual legalization, but if a majority of the state with the appropriate knowledge of what it means is supportive, I’m willing to put aside my own apprehensions for what the majority wants,” Schepisi said in a phone interview.

“I would never vote to legalize recreational marijuana, but I think if there are going to be conversations, the public should weigh in,” Rice said in a phone interview. “Because it’s going to impact minorities, communities, etc to try to pass a resolution referendum.”

Schepisi and Rice had previously mentioned their proposal while listening to a presentation from Ramsey High School students on the effects of legalization in other states. In their presentation, the students said property taxes did not decrease after legalization, while insurance rates and instances of driving under the influence did. (Though academic studies have found increases in drivers involved in fatal accidents testing positive for marijuana, they haven’t necessarily been linked to legalization).

Schepisi’s bill comes after legislative leaders and Gov. Phil Murphy — all of whom support legalization — reached a deal earlier this month on the the “broad strokes” of a marijuana legalization framework. However, they still haven’t fleshed out all the details and it’s far from clear whether they can wrangle enough votes in the Legislature to pass the bill.

Her proposal does not tackle thorny issues like licensing of marijuana dispensaries and tax rates. It took lengthy negotiations for Murphy, Assembly Speaker Craig Coughlin and Senate President Stephen Sweeney to even come up with an agreement on taxation.

Matthew Saidel, a spokesman for Murphy, said in a statement that while the governor’s office does not comment on pending legislation, Murphy “believes that legalizing adult-use marijuana should occur through the legislative process. He looks forward to continuing the productive discussions with the Legislature and building on the recent progress they have made together.”

A Monmouth University poll released earlier this month found 62 percent of New Jersey residents favor legalizing small amounts of marijuana for personal use. But most proponents of legalization in New Jersey prefer to go the legislative route rather than risk the uncertainties of the electorate. Still, a ballot referendum has long been seen as a fallback by proponents if they can’t find the support in Trenton.

In New Jersey, ballot questions are typically one of two things: Proposed constitutional amendments or bond issues. Schepisi’s proposal is neither. Nevertheless, Schepisi said she’s confident the question could legally get onto the ballot.

If the Legislature and Murphy ultimately decide to send the question to voters in November, action would have to be taken by the Legislature and the governor by this summer. New Jersey’s Constitution mandates that ballot questions be passed at least 70 days before Election Day.

Putting marijuana legalization on the ballot would almost certainly result in an ad war leading up to Election Day, with interests both for and against the referendum spending millions. Schepisi said she welcomes the debate.

“I would prefer the air war so that people can understand all sides of the issue and make an educated determination,” she said. “ I think right now, people have had a lot of misinformation on this. And it’s being lobbied and marketed in different ways depending upon what demographic the providers are going after.”